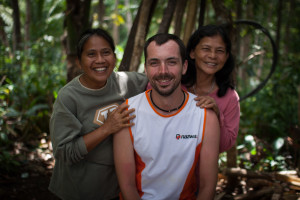 I knew exactly where I was going far before my trip to the Philippines happened. Siquijor island. One of those few where they “use magic” and healing procedures based on herbs and gifts from “mother Earth” are just medical standards. This is where terminally ill Filipinos come, full of faith in shamans and their healing power.
Thanks to local guide, me and two other guys, we all could visit one of the villages in the mountains and feel the magic.

Where is the shaman?
Siquijor shamans usually live high in the mountains. There are not too many solid roads there and it is really hard to find place you are looking for without proper support. That is why we have decided to ask for help the local guide. I had in mind that I was not going to leave the island soon, so I had lot of time, however my two friends from tagen.tv had only one day available and they wanted to be one hundred percent sure we could reach that “Filipino Hogwart” in one day.
The journey was not easy. Lots of winding mountain’s roads, which gave us serious vertigo and countless turns made we felt lost. Finally, one hour later, we reached the destination. 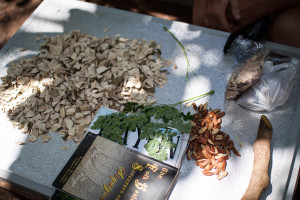 Magical place
At first we met wives of the “licensed” shamans. That was Friday, and like every Friday, their husbands went to the jungle to collect special herbs, so we could only wait. However that time was quite fruitful. I simply lost track of time talking to those amazing women. They explained, step by step, the herbs collection ritual. It was unforgettable time. I clearly remember how happy I felt there, how much I was moved to tears, how deeply I felt peace and harmony of this place. That seemed to be so natural for them and so exotic, exciting and spiritual for me. 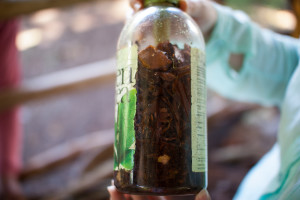 Herbs are the most important!
During this meeting we were explained the pile of leaves and branches we spotted just after arrival, was actually the collection of 100 kinds of herbs and healing roots. The shamans, coming back from the jungle, brought much more, but there was still much more to collect. The traditional herbs decoction is nothing like “gummiberry juice” or “Panoramix’s drink”. To make this special mixture you need over 200 different kinds of “Earth’s gifts” and next, once per year, on Good Friday, all of them should be cooked and served to those ill people who travel hundreds of kilometers to get one small bottle of this wonderful concoction.
Then hosts’ hospitality reached higher level. They served us bit of THAT mixture, cooked on Good Friday last year. We were ensured this should ward away all the evil spirits. Everyone who knows me can confirm I was far away from this kind of spirituality and always preferred rational approach to life, however… That small sip was just special and I’m convinced this shamanic-herbal meeting in the mountains have opened new reality, new doors in my head and made me more open to experience new cultures, new habits, including those I cannot explain in my favorite, rational way. 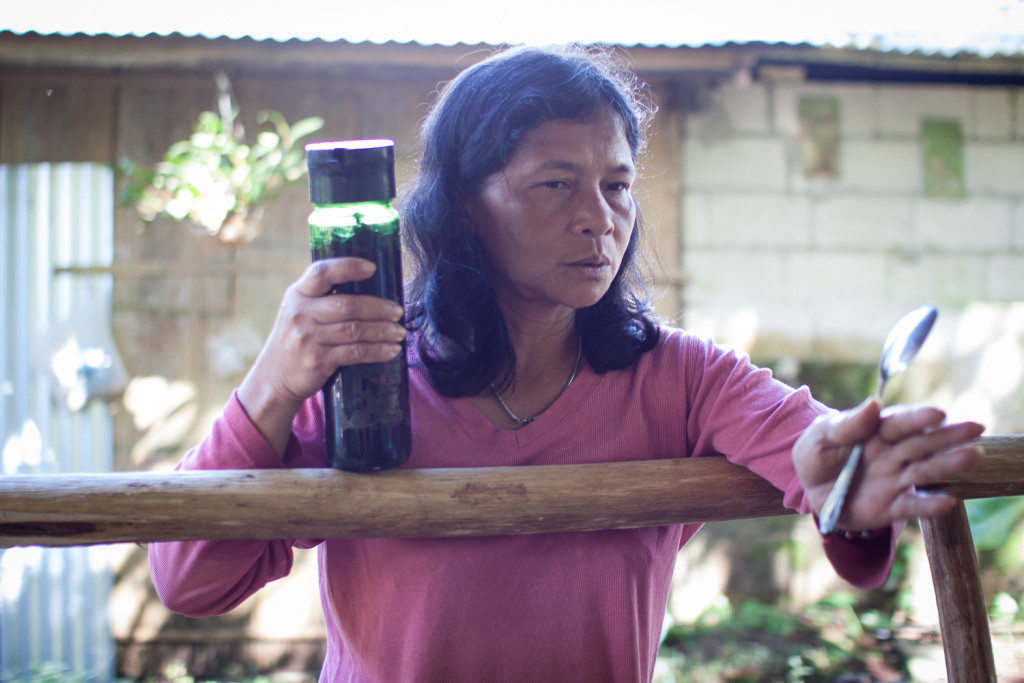 During my long conversation with shaman’s wife I mentioned the pain and swelling in my hand. She disappeared for a while and then came back with another mixture. I was supposed to put in on my hand. That made me feel strange again but I thought “All right, goddam it!” and put in on my wrist.
I felt the heat, which became more and more intense as well as the specific smell, which I clearly recognized. Yes! I know it – I thought – it’s just Bengay, the most popular ointment for athletes. Same smell but here no chemicals, and pure nature only! 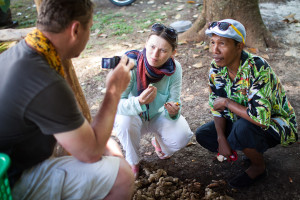 I was also amazed what I have learnt about ginger. There are four kinds of it the Philippines and each is used in different situations. The white one for example, helps in case of respiratory track infections and is a natural anti-inflammatory medicine. The other one, orange, cures vocal chords, and when dried and grated is commonly known as turmeric, one of the best antioxidants ever.
Again I opened my eyes widely and learnt a lot about the power of nature. It was really beyond the shamans that in Europe, when you feel bad, you go the pharmacy and pay for medicine, instead of taking what nature simply gives you.